Draconian has just released its 6th studio album, Sovran, and Stellar Tombs, their first music video since 2012, debut on Jan. 28, 2016 to an overwhelming positive response. Here I give you a glimpse behind the scenes of our 10 day sojourn and what vocalists Anders Jacobsson and Heike Langhans offer in terms of understanding the complex visuals.

As the frigid November chill sinks further into the leather seats of the Land Rover where I huddle, shivering, filmmaker Bowen Staines is loading his modest stack of gear into the back. He pulls up the hood of his sweatshirt, hands his camera to me, gently, and climbs in the driver’s seat. He has travelled from thousands of kilometers away to shoot a series of desolate, wandering scenes that aim to culminate, somehow, in the next Draconian music video. He has just wrapped the day shooting in sub-zero windchills, the result of a snowstorm the night before, and it is only 3:30PM. Vocalist Heike Langhans piles in beside me rubbing her hands furiously, her lips turning blue from her recent skip through a frozen stream in the middle of absolutely nowhere.

Flashback to almost a week ago. We are embarking on an off-road journey to discover Iceland, a virtually unscathed, intact natural paradise clinging to the arctic ring. It is a place where more than half the population believe in elves, where magic is visceral and where, to quote Stellar Tombs, daylight ends. We are sitting in the rustic victorian comfort of the Stofan Cafe in Reykjavik, a truly eclectic city responsible for the likes of Solstafir, Angist, Kontinuum, and many many hours of darkness.This will not be Hollywood. There will be no doughnut trucks or heated caravans here. We have only 2-3 days and will face “snowstorms, severe weather warnings, chickens blowing across the lawn, and glacial rockslides directly in the areas we are filming,”as Bowen puts it in hindsight, but we don’t know it yet.

We are reviewing the shot and location lists, trying to nail down transportation and drinking as much free coffee as possible as Bowen explains his vision.

“The story follows two enigmatic characters – or agents of chaos, if you will – as they recklessly personify the ravaging and misunderstanding of humanity’s boldest advancements.

The main character, portrayed by Tomio, quickly learns the ease of failure if we lack empathy to understand “why”. As he searches the endless, black horizon, his ceaseless trust and visible naïveté shield him from fully understanding both sides of human nature. The vehicle he drives is another example of this: the mighty Land Rover Defender – an armored metal fortress designed to keep the rest of the world from creeping in. Ignorance is bliss, as they say – and this doesn’t sit well with Tomio’s passenger, a highly temperamental paradox. She has made other plans.

It is certain those plans do not include the stream ever slowly turning to ice below the ridge upon which our Rover is currently perched, but Heike and Tomio have taken Bowen’s experimental direction as a personal calling to overcome their physical  limitations. It is not about making a music video anymore, it is about creating stories that can be told and retold.This could have been just like any other gothic metal video, featuring a stark Scandinavian forest landscape, and probably a sauna with free-flowing booze, but as Heike puts it –

“It has quite frankly been done to death. The themes and metaphors on this record are more cosmic, evoking imagery of a more desolate and epic nature. Iceland provides that and so much more. A magic resides here that awakens ancient wisdom – perhaps something that needs to be revisited in our current state of world affairs.”

This timeless wisdom is evident in the very air we breathe while making our way through the mountainous kingdoms, sheep-speckled valleys and crystalline beaches of Iceland’s southern coast. Bowen’s aim is to convey the extreme visual impact of the Icelandic countryside and the helplessness and fear that comes when taking one of the most dangerous landscapes in the world for granted.

“I made that mistake once before while filming in Iceland’s nature a few years back, “he tells us,”It could’ve cost me my life, and I experienced a sense of powerlessness I will never forget.”

The Giant is fabled to watch over the southern seas, known for their deadly currents, and looks down upon us from his seat on the crags overlooking the black lava flats, a setting Bowen would later transform into a stark and apocalyptic landscape.

“It’s not common to spot a well conceived Metal music video these days, but Bowen’s notable creativity stood out in his work with Solstafír. When I first saw the ´Fjara´ video, I honestly only dreamed of working with someone capable of creating that… We wanted something more artistic, impressionistic, metaphorical and open to interpretation, rather than standing around awkwardly miming the song… Something that didn’t have to include the band to get the message across.”

Finally, when we are dry and warm and still haunted by our time in the realm of ice and fire, I catch up with Heike and frontman Anders Jacobsson to talk about Stellar Tombs

“Stellar Tombs is real hard to explain since it’s really personal, based on imagery I’ve had in my head during breakdowns and drug-induced anxiety. I sat down and wrote how I felt and what I saw, and later tried to make sense of it all. It’s about fear and transition, and failing to understand where to go or what to do. Like stuck in your own demonic realm.

“The calm verses were written later, adding another perspective, which don’t resonate with the other… and it’s the point. It reminds me about the same kind of separation as in Morphine Cloud. The archive footage (in the video) and the general idea behind it translate quite well, since the symbolism works.

The chorus, I remember where I got it from… I was sitting in my sofa, people were here, but I felt completely in my own world and I didn’t understand what was going on, dissociation , mental images as strong as the 3D ones of my immediate consciousness. It felt as if I could feel colours and taste words. In the bathroom the water felt dry, and when someone gave me a piece of paper it felt wet. But I could adhere to all this, I got it… and reality was like a tunnel, like pixels… and I got in touch with a very uncensored version of myself. But it was also quite terrifying.”

Hear excerpts from Sovran at draconianofficial.com 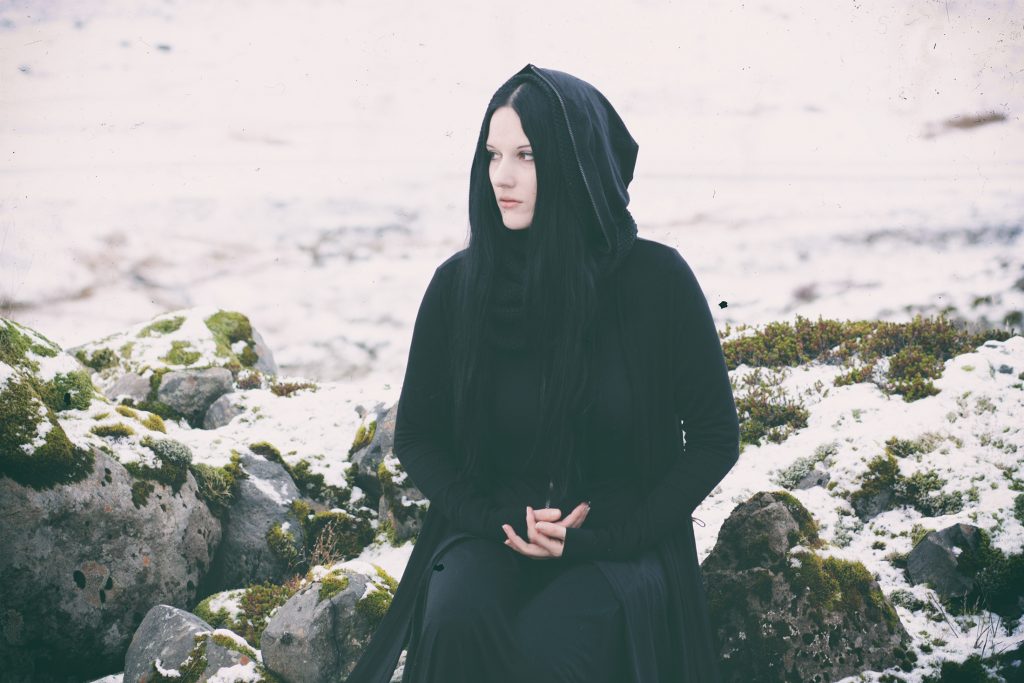 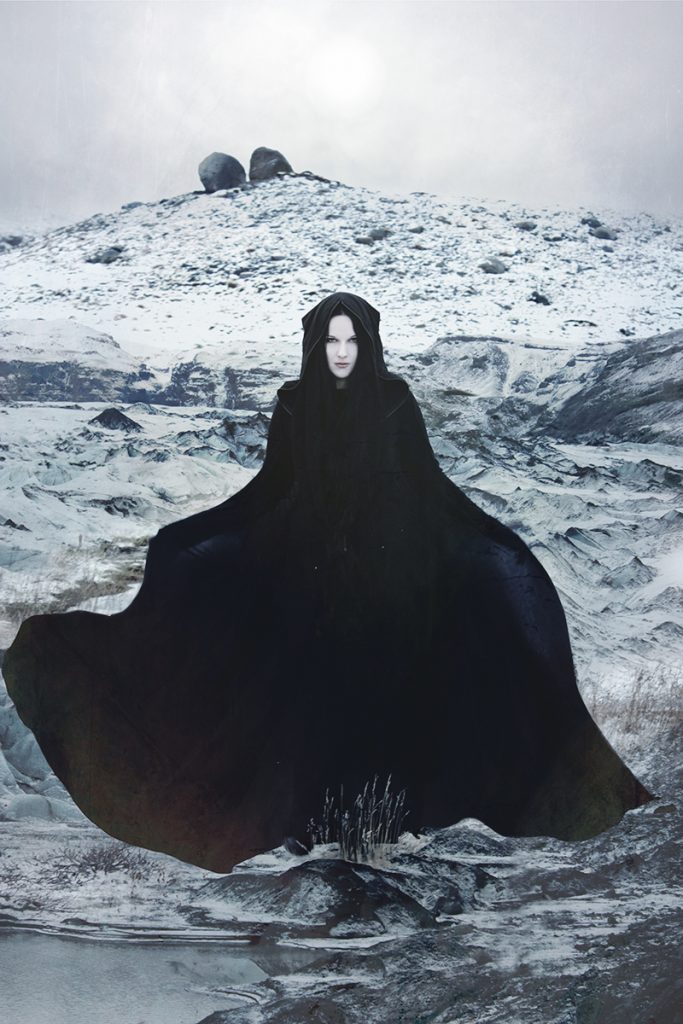 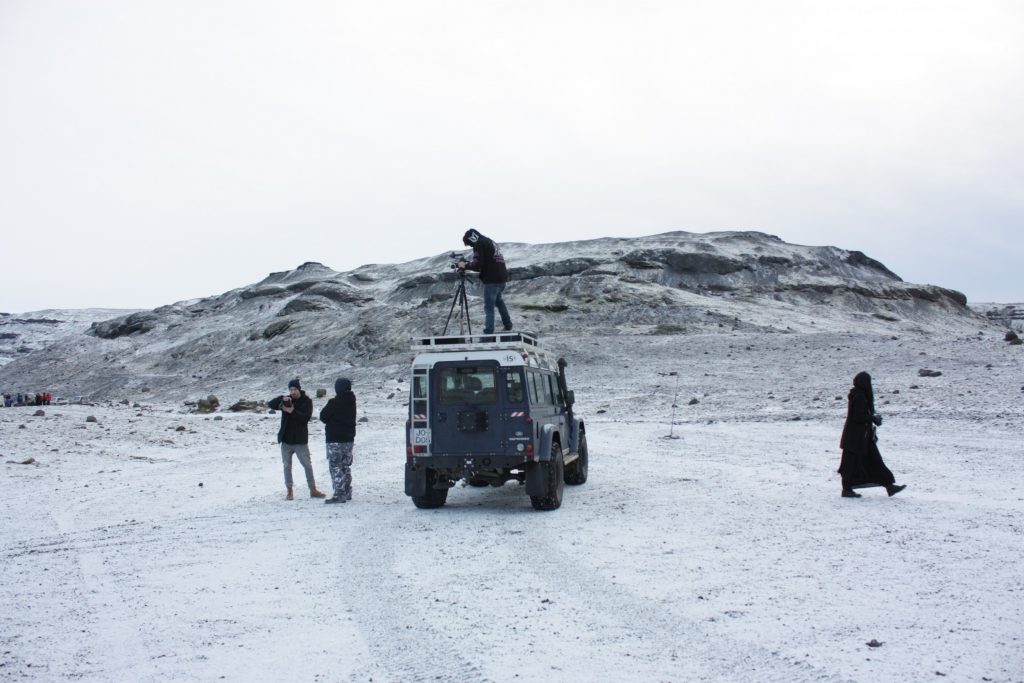 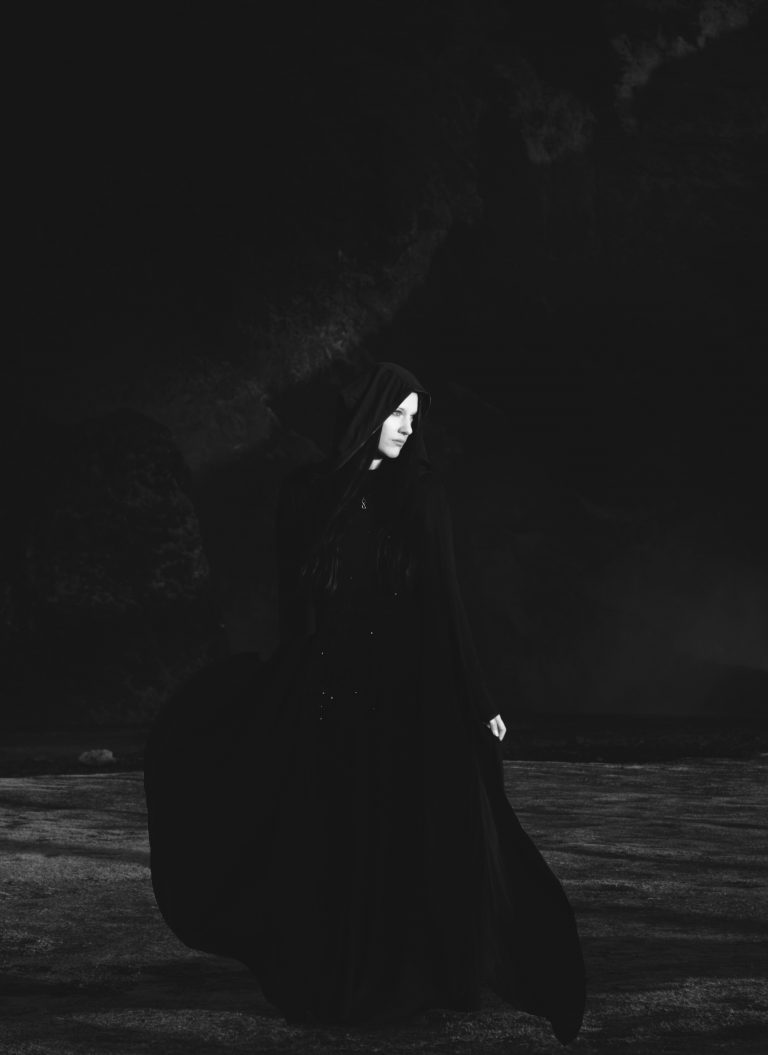 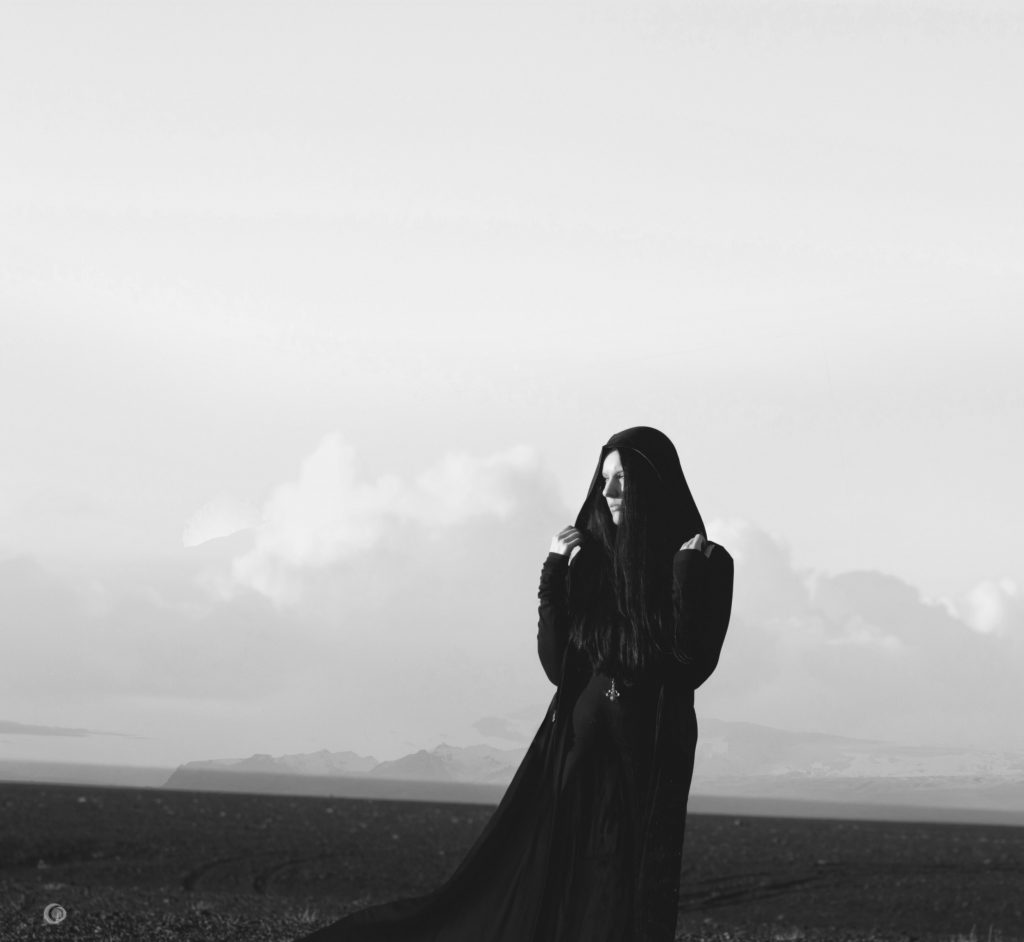 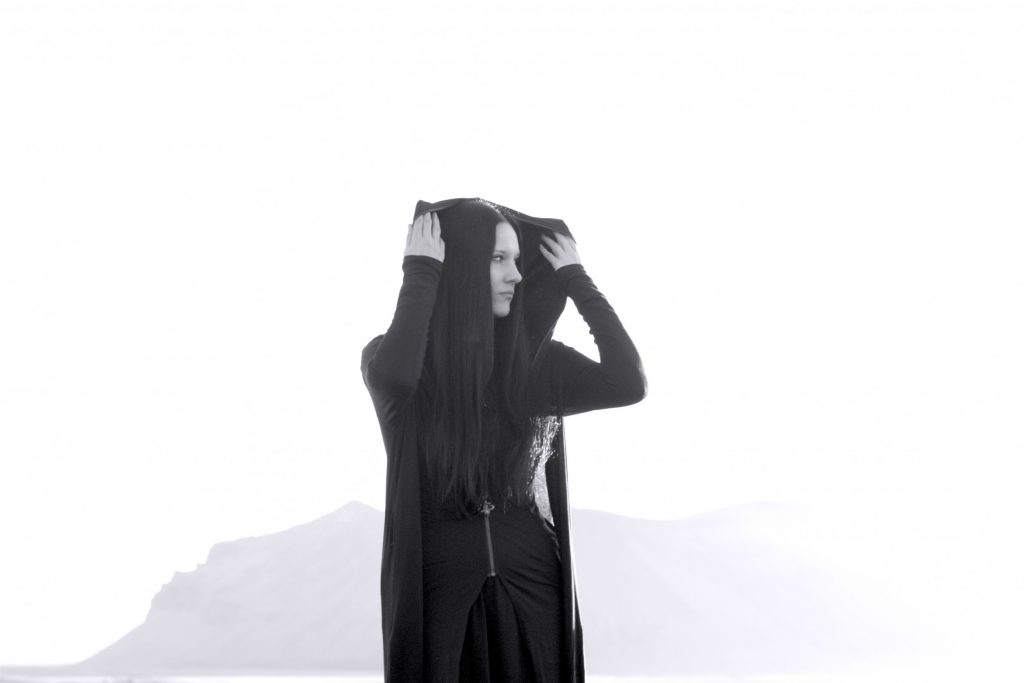